There’s No Place Like Home. Laughter Ensues as Comedian Bruce Bruce Reacclimates to Taking His Show OFF the Road in New Sitcom.

The pilot episode was penned by Lamont Farrel (Girlfriends, Moesha, Read Between the Lines). Camille Janiffa Bradshaw serves as supervising producer, and Tania Russell as Producer, rounding out the creative team. The pilot episode director is Mark Harris (No Regrets, Black Privilege).

“Bru’s” centers around the life of a Black American Family focused on finding balance while building generational wealth amid socioeconomic disparities.

Observing the need for improved quality time with his family, comedian Bruce Bruce, in agreement with his supportive wife Sonya-an accomplished engineer played by Brely Evans-closes the curtains on touring and purchases a dinner theatre (Bru’s). In their new reality, both parents are now active in the day-to-day lives of their sometimes-disharmonious trio (BJ, Killini, and Caleb). As a result, they discover comedic conflicts in their parenting styles. As Bruce acclimates to being off the road and owning a dinner theatre, he uncovers full-on comedic conundrums. One that is funny…. yet not.

Executive Producer Wirlie Morris said, “The climate in today’s society has shifted in a way that calls for us to create content that addresses real-life concerns.” Reflecting on the backstory and his vision when he created BRU’s, he added, “Using satire is one of the best ways to draw attention to disparities, contemplate solutions to pressing problems and create more positive narratives about black and brown people.” When questioned about what he hopes the audience will take away from each episode, he said, ” tons of laughter, hope, and a reminder of the importance of perseverance.”

Bru’s is an inviting organic series filled with belly laughs and relatable, timely topics. The show boasts a diverse cast that delivers cultural and multicultural awareness that will cement its future as a classic. Powered by forward-thinking upcoming episodes that tackle various topics, the show also has several cameo appearances by some of the best, top-tier comedians. That coupled with the project’s focus on unbreakable family bonds makes for….” Great TV.”

When asked if the sitcom mirrors his real-world aspirations, Bruce Bruce shared. “I’d like to help other comedians. When I get a little older, I’d like to open up a nice comedy club that is in itself built by mutual respect for other comics. One that is straight classy, with an upscale restaurant and an award-winning chef. The whole thing, red carpet, and most of all, that treats customers well, and of course, seasoned with good ole fashioned roasting and laughs, so people will want to come back and have a good time. That’s the kind of comedy club I want to open up.“

Actress Brely Evans stated when asked what drew her to the role of Sonya, “I love roles that represent women as strong characters. I was afforded the opportunity to help shape the narrative about successful women in a positive light. Not to mention, I LOVE BRUCE BRUCE….he’s super funny and such a kind individual. I had a blast working with him.” – Brely Evans-

For media inquiries and cast interviews, you may reach us at press@brustvshow.com or clients@shebamediagroup.com

Brucesky’s Productions, founded in Atlanta, Georgia, endeavors to create duality and thought-provoking content driven by intellectual comedy/dramedy projects that speak to deeper issues and social consciousness. Steeped in high energy and a walk along the edge of the “comedy cliff,” our goal is to spark conversations that enlighten with laughter as we vanquish real-world challenges. 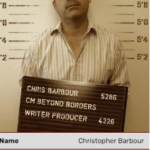 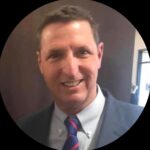 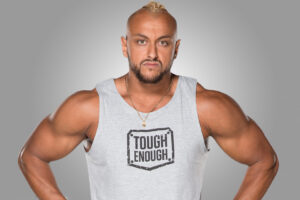 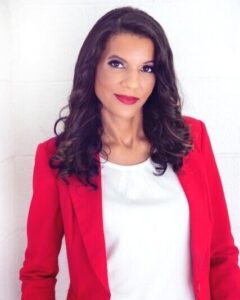 Next post Was It My Fault? Author’s Feature in Development